Dylan Hotel NYC is more than just a place to rest your head while visiting the city. Our historic NYC hotel has a unique pedigree and is located on the historic Library Way. Previously known as The Chemists' Building, Dylan Hotel NYC has been proposed to be recognized as an individual landmark by the New York Landmarks Conservancy. The building has been known as Dylan Hotel NYC since 1988.

Early Days of the Society

Before the club was founded in 1898, members of the American Chemical Society and the Society of Chemical Industry held events and meetings in homes, classrooms, and lecture halls, using whatever space was available. An organizational committee raised money to rent an available property at 108 West 55th Street, but things would soon change for the growing club.

A Place to Call Home

In 1909, club president Morris Loeb began the campaign to purchase the first building to house the society. Originally purchased under his own name, the building was soon owned under the Chemists Building Company. Sadly, Loeb died not long after the club building was completed.

The Chemists' Building at 52 East 41st Street was built by the architects York and Sawyer, replacing previous numbers 50-54. The building opened on March 17, 1911, with several days of events held to celebrate the opening. The resulting ten-story building made in the French Renaissance style with white marble was the home of the club from 1810 to the 1980s.

About the Original Building

The New York Times called the building “absolutely unique in the world.” The first three floors of the club were meeting and social spaces, and the main floor included a large auditorium with a balcony. The second floor included a dining room, billiard room, and other social areas, with the third floor housing the library and museum.

The fourth and fifth floors were living spaces for members. Above that, five floors were allocated to laboratory space fitted out with scientific apparatus for the use of members. Members could rent living and working space for days, weeks, or months, according to their needs. If they wished, they could live at the club while carrying out their research. 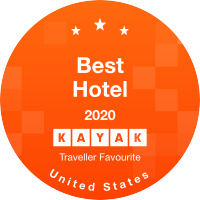 scroll back to top of page